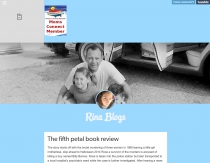 Starting from the beginning I want to mention due to where we live it was very easy to get to the TD Garden where the game was held. Event parking is $20 per day if you drive. If you dont have a car it is easily accessible by train, just get off at north station and the garden is up the elevator. When we got there we road the premium seating elevator, the staff member who road up with us was friendly and engaged in conversation with us. We had no problems finding our seats as we ask a staff member and they were willing to point us in the right direction, we had floor seats so I was able to really see everything that was going on. Although it was a basketball game in some aspects its really more of a performance, I think myself as well as the rest of the audience was so enraptured with all the tricks they do. Though there were breaks within the game I hated to leave to get food during them because they had some fun audience interactive skits going on which were hilarious, the jokes were mainly for an older audience, so smaller children may not have gotten the jokes, although nothing was inappropriate for kids to hear. The whole game was very entertaining, we enjoyed it thoroughly. I did leave at one point and to get food as we were starving, the lines were insanely long as expected and it took us over 20 minutes to get two slices of pizza, i did get into one line and my mother got into another so I recommend doing that if there isn't anything specific you want to eat, so that whoever gets to the head of the line first can get whichever food there in the line for. Also there were not many cash lines for food, although the souvenir shop took cash and credit cards.Just for those who are curious about cost, the drinks were $6 a piece for a large, each slice of pizza will run you a whopping $10, although the slices are pretty large and are probably the equivalent to two pieces of pizza, we choose peperoni and it was very delicious. After getting food I ran over to the shop area to buy some souvenirs. They had several items to choose from, including but not limited to jersey’s ( $70 and sizes up to 2xl) hats ( $20) T shirts ( $40 sizes ranging from youth to 4xl in adult) sweaters ( $60) sizes from small to 2xl and they had two sizes of basketballs which I’m not sure on the price but it may have been $25, overall expensive but not unusual for a sporting event. I would have liked to see more souvenir items available, such as stickers, pens/pencils, cups and other novelty items. I was naturally sad when it was over, but all good things must come to and end. I would love to go back the next time they are in the area. When the game ended for a limited amount of time the players stayed and signed autographs for audience members, i was super excited and was thoroughly impressed that they took the time to do this, although I saw some flaws in the way it was set up, everyone who wanted something signed was put into a line and once they got there signature they  rotated to the next player, but many people were not moving and although they thankfully had security for the players there wasn't any for the audience and no crowd control, people were shoving there kids in front of my handicapped mother and blatantly cutting her because she was unable to move as fast as them, which is downright rude and should have been dealt with by security, Besides those issues we were able to get a total of 7 autographs and all the players conversed with us and not only sighed our shirts but also allowed us to take photos with them. Overall it was an amazing experience and I would recommend it 100%, I received tickets to the game for free for review purposes, all thoughts and or opinions are my own, unbiased and I was not compensated.

Leave a Comment
submit a review Join our blog team

Proud Member of The US Family Guide Network